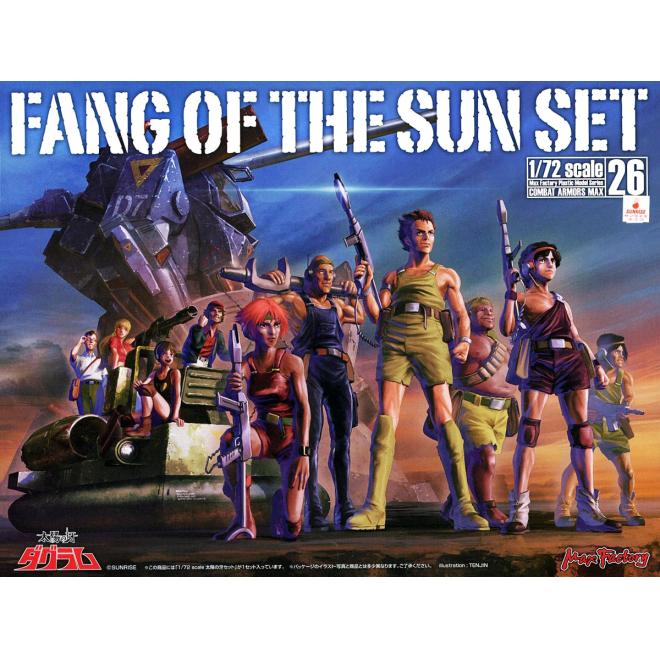 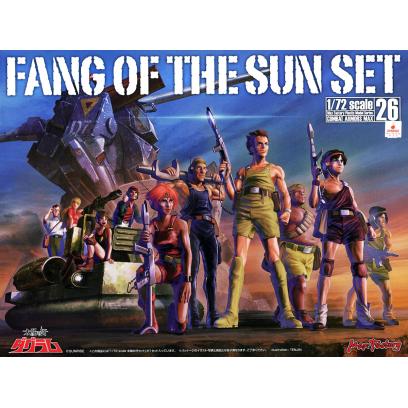 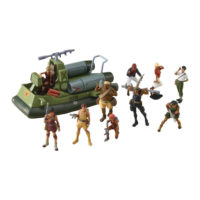 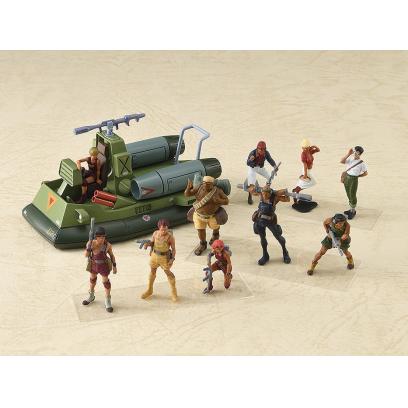 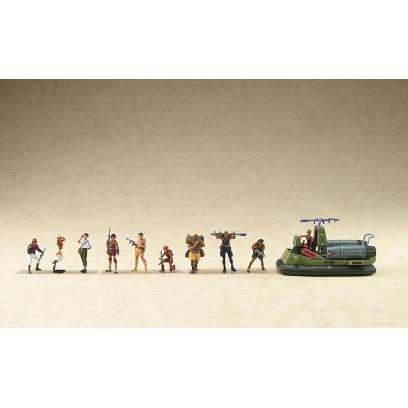 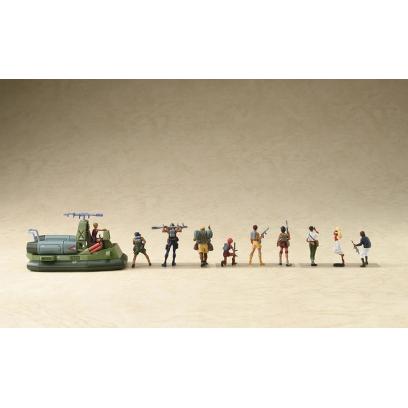 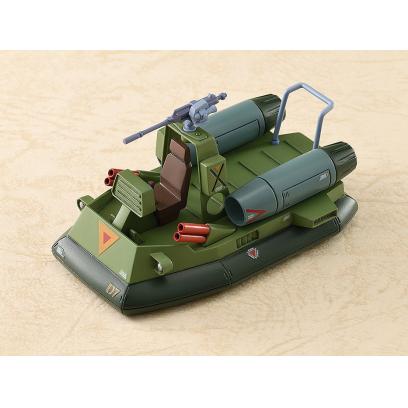 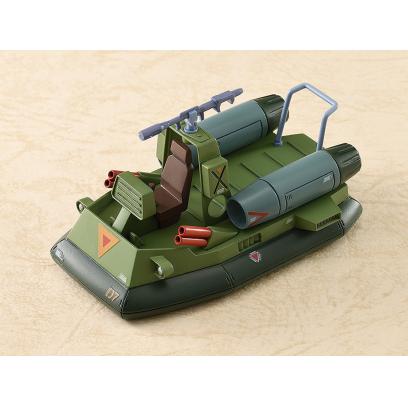 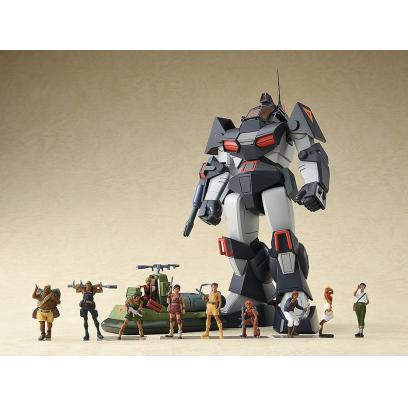 A plastic model kit of the members of the Fang of the Sun!

From the anime series celebrating 40 years since its initial airing, “Fang of the Sun Dougram”, comes a 1/72 scale model kit of the members of the Fang of the Sun! Includes figures of Crinn Cashim, Rocky Andor, Canary Donett, Billy Bol, Chico Biente, Nanashi, Festo Bronco, Heckle G. Thompson, George Juldan, Rita Bereto. The hovercraft used throughout the series, Groundsearch, is included as well. Be sure to display them with Combat Armors from the series!