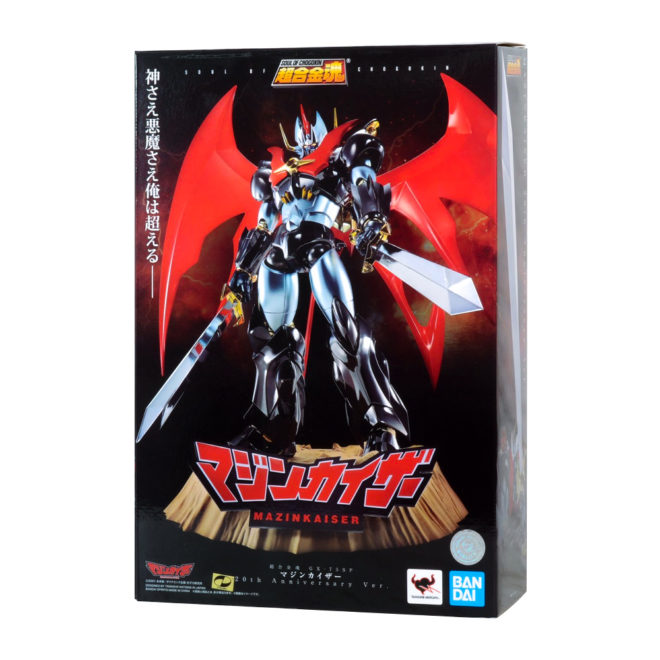 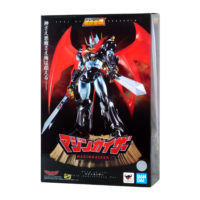 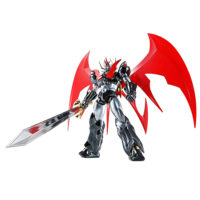 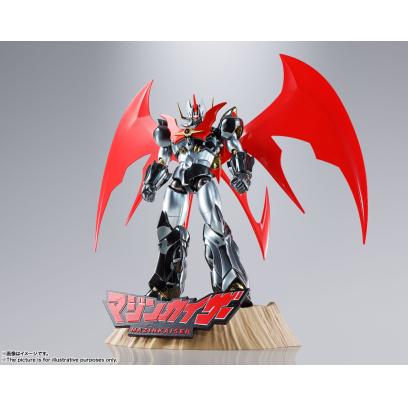 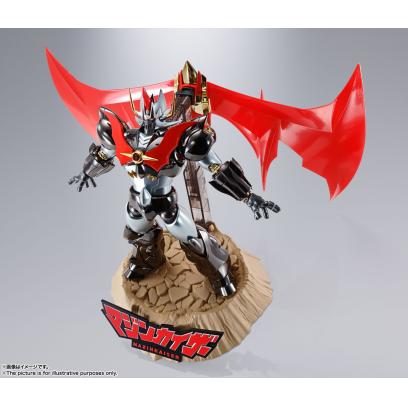 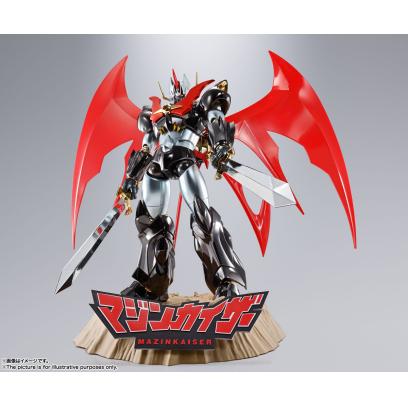 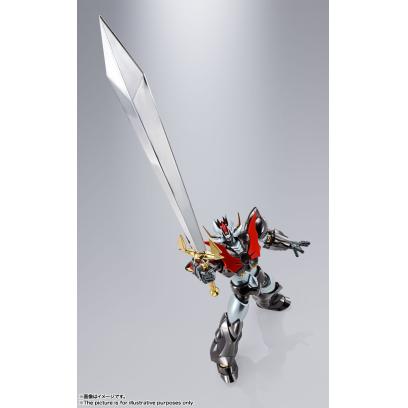 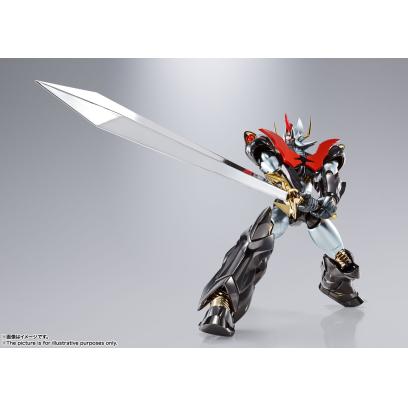 A version commemorating the 20th anniversary version of the anime “MAZINKAISER.” Each part of GX-75 MAZINKAISER’s body has been luxuriously upgraded with plated coloring. Includes a sound gimmick that plays “MAZINKAISER ‘s Theme,” sung by Ichiro Mizuki, from the newly modeled special pedestal. The Final Kaiser Blade is also provided in a larger size. 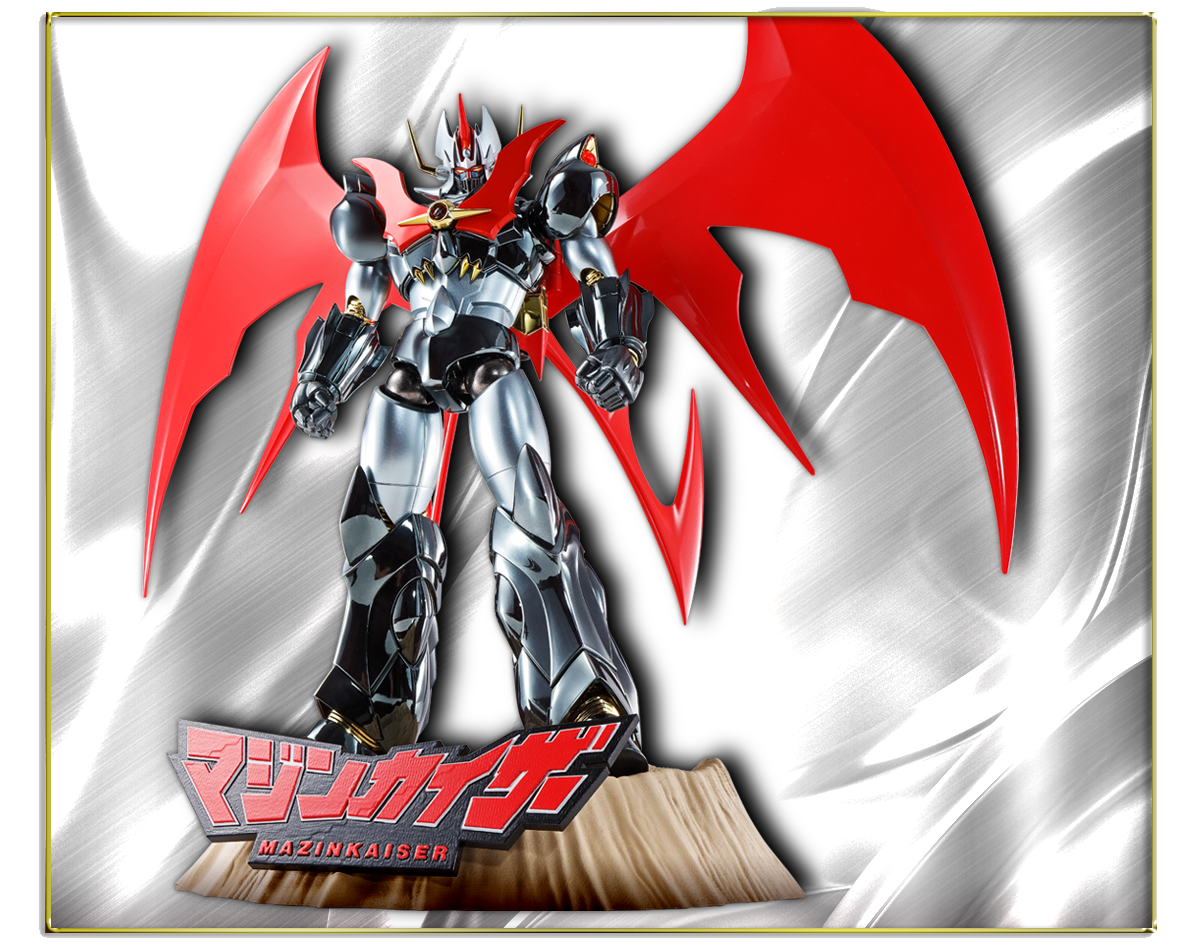 In commemoration of the 20th anniversary of the “MAZINKAISER” OVA, this figure has luxurious specifications that uses plating. When the switch is pressed, the theme song plays from a pedestal reminiscent of a rugged landscape. Its Special Move, The Final Kaiser Blade, used for its special move, features a sword that is 20% larger than the previous design.