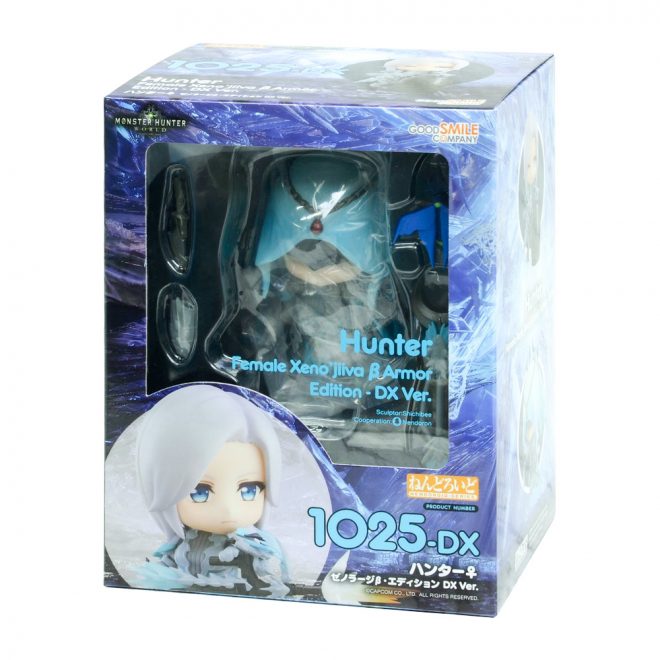 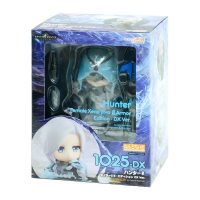 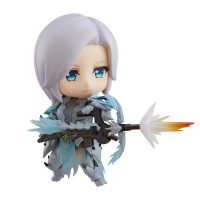 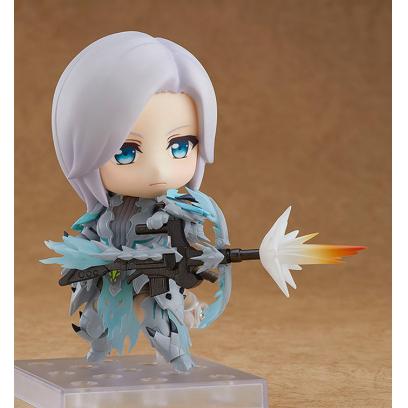 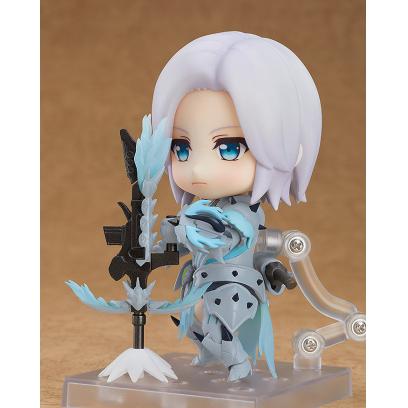 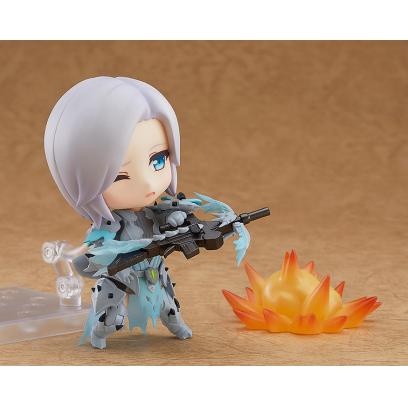 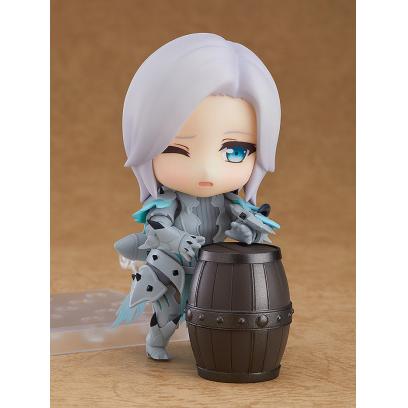 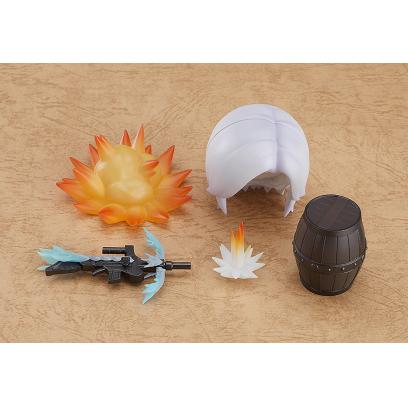 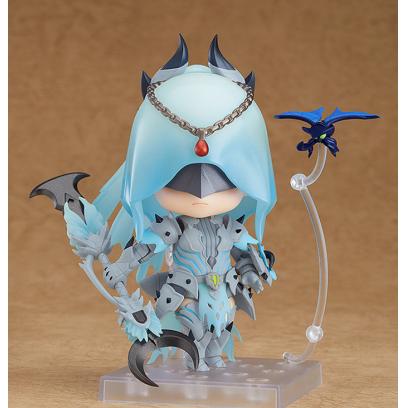 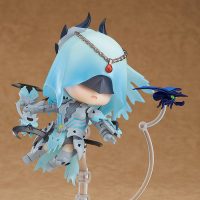 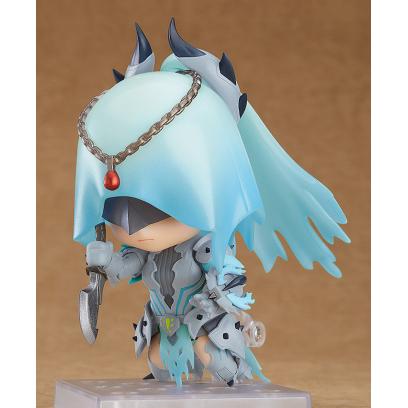 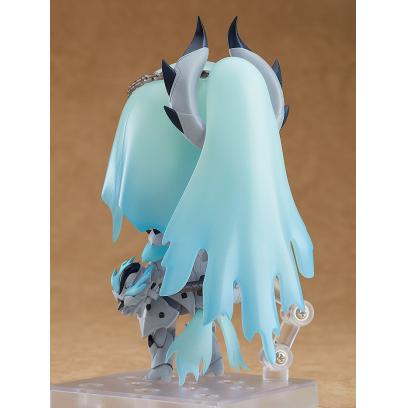 One that has hunted the Dark Light Dragon and has conquered the moonlight.

From the PlayStation 4 game “MONSTER HUNTER: WORLD” comes a fully articulated Nendoroid of a female hunter in Xeno’jiiva Beta Armor! This special DX version includes all the parts that are included with the standard version together with bonus parts for even more display options!

She comes with two face plates including a mysterious standard expression and a weakened battle expression. The Insect Glaive Xeno Shmaena, a Grancathar III and her hunter’s trusty carving knife are included as optional parts.

Additionally, the DX version comes with a replacement head part for displaying the hunter with a semi-short haircut, the Light Bowgun Xeno Neqiina, a firing effect part, explosion effect part and an explosive barrel, allowing you to enjoy the MONSTER HUNTER: WORLD universe even more!