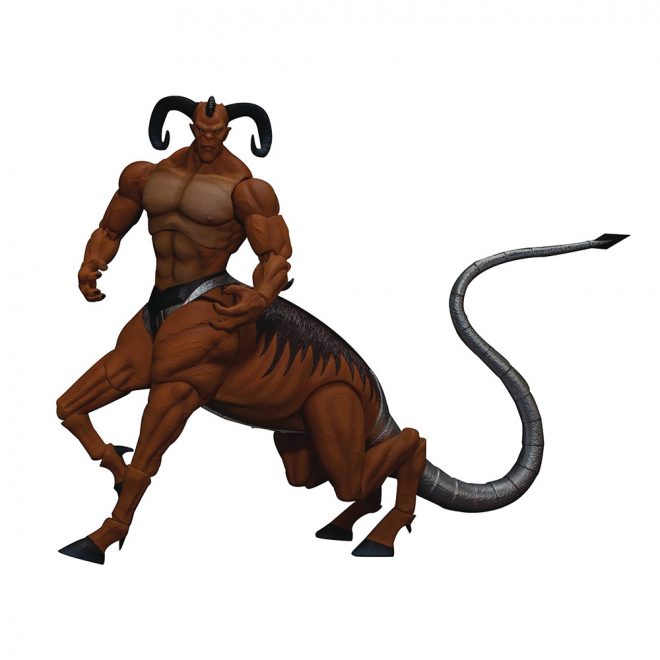 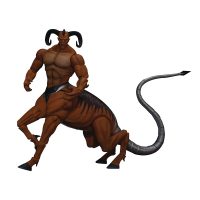 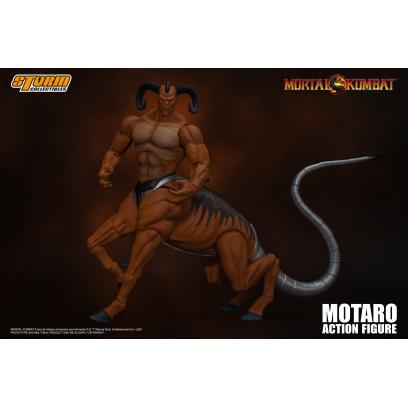 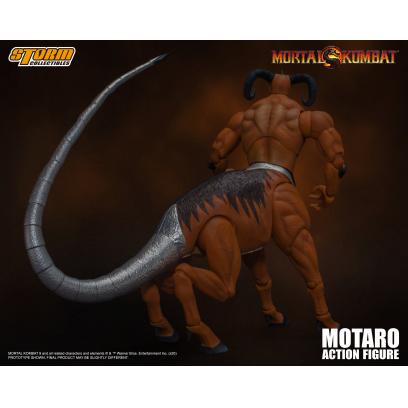 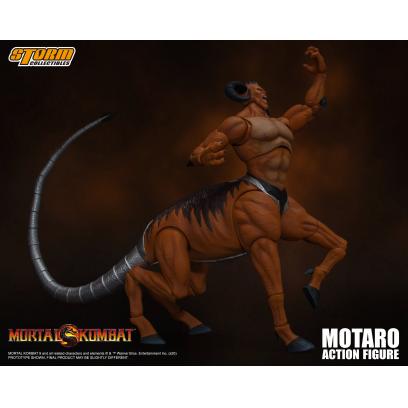 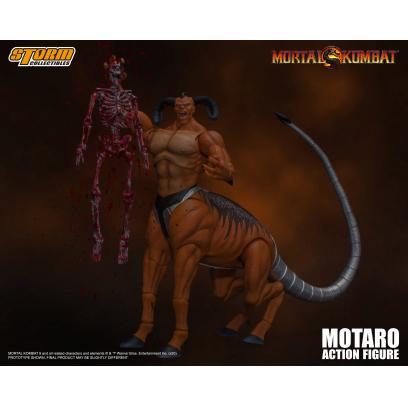 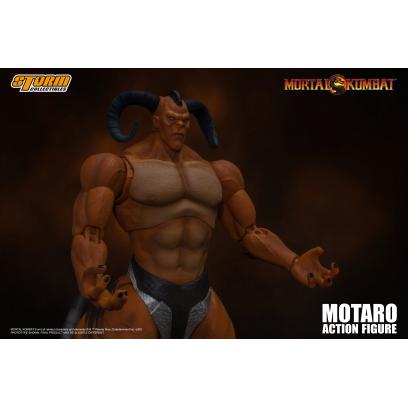 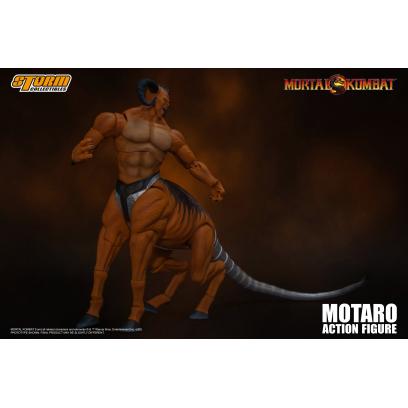 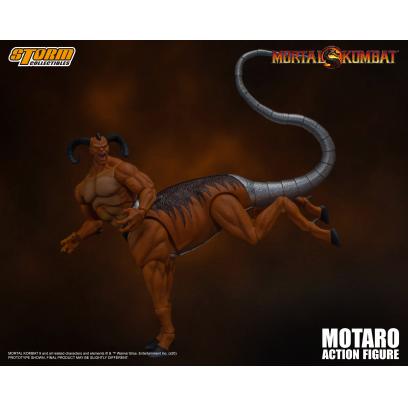 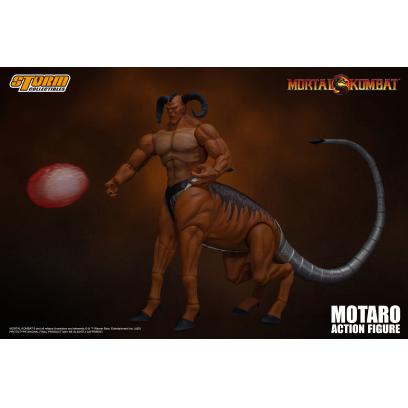 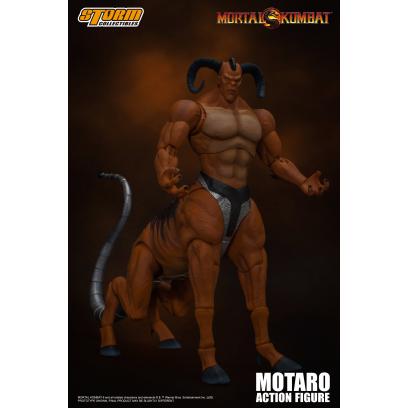 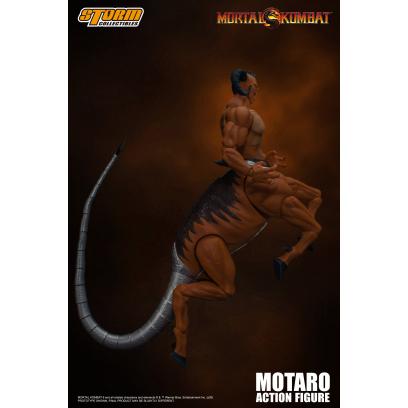 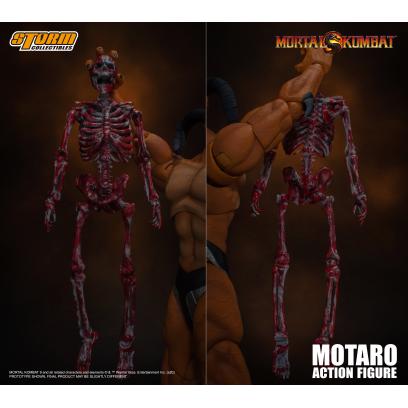 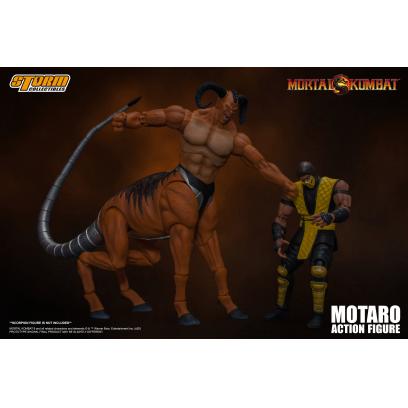 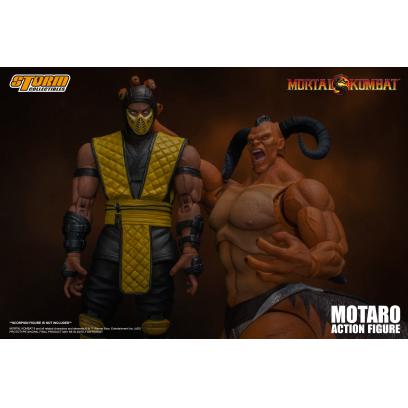 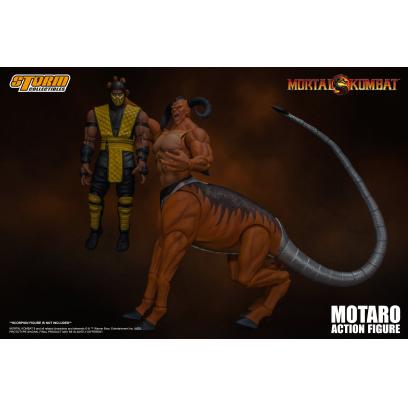 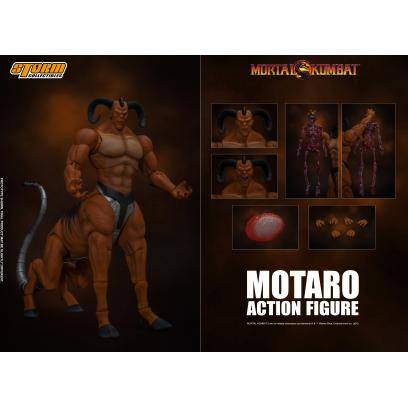 000
Products shown in photos may have been professionally painted or computer rendered images. They may differ from the actual product.
MOTARO is from a race the Centaurians. He made his first appearance as a sub-boss character in Mortal Kombat 3. Motaro’s kind have come into conflict with the Shokan, a four-armed race to which Goro, Kintaro and Sheeva belong, as Kahn favors the Centaurians and aids them in the defeat and subjugation of the Shokan race. As a Centaurian, Motaro possesses a great strength as well as a razor-sharp tail that fires energy blasts from its tip, and the power of teleportation. He also has an absolute immunity to projectile attacks, as Motaro’s skin appears to have some sort of reflective surface that automatically repels long range attacks to the point of sending them right back at opponents.
Features:

* The Scorpion in the images is not included